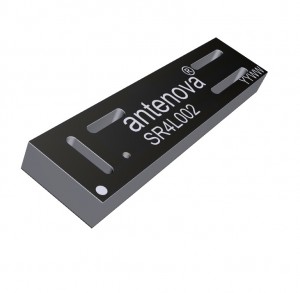 a novel antenna for LTE, cellular and MIMO systems

Hatfield, UK – 1st December 2015 - Antenova Ltd, manufacturer of antennas and RF antenna modules for M2M and the Internet of Things, announces the arrival of Lucida - an SMD antenna for all LTE applications, including MIMO systems. The antenna is fully tested and ready to ship from now.

LTE is the fastest developing mobile system technology ever. While the current majority of LTE user devices operate in the 700 MHz band, which has been heavily driven by the U.S. market, rollout of LTE networks in other regions now requires devices to operate in the LTE frequency bands utilized in those markets as well.

Lucida is an extremely small, ultra-low profile antenna, measuring only 35 x 8.5 x 3.2mm. It is built to an innovative design, which enables it to maintain a high performance, wide frequency range and MIMO requirements of the LTE spectrum from its position embedded within a wireless device.

Antenova’s antenna design team has adopted a philosophy of Design for Integration (DFI) where the design approach is to create an antenna that a product designer can place on a PCB and integrate with the other circuits in a convenient way, rather than designing a product to fit around the antenna.

The Lucida antenna is the latest in Antenova’s family of lamiiANT antennas which are manufactured from high grade dielectric constant laminate substrates.

The Lucida antenna is available to order now.