Bluetooth has seen significant growth and usage as a wireless technology in the last decade; the amount of companies that use Bluetooth grew by 70% between 2013-2018, and there were 4.7 billion Bluetooth device shipments in 2021. It has been providing reliable and efficient connectivity to a wide range of short-range devices. Since its introduction to the wireless space, Bluetooth has gone through many stages of updates and specifications, with the most recent iteration being Bluetooth 5.3.

But what exactly is Bluetooth 5.3, and what new features does it bring for IoT devices?

Bluetooth is a form of machine to machine (M2M) wireless communications for short distances. It operates on the 2.4GHz frequency band, striking a balance between range and data throughput. Lower frequency bands provide longer range whereas higher bands have higher throughput and bandwidth, placing Bluetooth as a wireless technology that provides a balance of throughput for short range devices and applications.

Bluetooth was initially named “short-range” radio technology when it was first developed in 1989 as a solution to wireless headsets. It has since become one of the most popular wireless technologies for IoT applications for its properties of low power consumption, multiple device connection, and low latency for short range connections. Bluetooth also utilises omnidirectional antennas to create wireless networks between IoT devices, providing network capabilities for smart-home applications.

Since its introduction to the wireless space, Bluetooth has undergone a series of specifications and enhancements to reach its current state. Noticeable updates over the years include significant improvements to connection and device discovery, greater data transfer rates, and lower power consumption. Bluetooth Low Energy (BLE) was developed to support small devices such as compact IoT and wearables to extend battery life, whereas Bluetooth classic remains in use for greater bandwidth demands like audio and headsets. Bluetooth 5.3 is the most recent specification of BLE and was released in 2021, introducing a selection of interesting features.

What are the features of Bluetooth 5.3?

Many devices that use Bluetooth have a variation of low and high duty cycles depending on the amount of bandwidth that is needed for an application at any given time. A duty cycle is the amount of time a device is active whilst transmitting a signal. Transitioning between these cycles is a method used by Bluetooth to minimise power consumption whilst providing stable connectivity when it is needed.

Connection subrating optimises the transition of duty cycles by minimising the delay between them. This allows Bluetooth devices to retain the power saving properties of low duty cycle connections whilst quickly offering sufficient throughput when it is required. This allows devices to quickly transition between operational and standby without impacting performance.

Bluetooth devices use adaptive frequency hopping (AFH) when communicating. This is because Bluetooth divides the 2.4GHz frequency band into smaller channels and hops between them when transmitting to reduce interference and improve throughput. Channel classification is used to determine the suitable channel based on specific data exchanges between devices; each sequence of data packet exchange uses a separate channel.

Traditionally, channel classification is performed by the central device. This is because the distance between a central and peripheral device can cause misinterpretations of radio conditions and lead to the selection of the wrong channel. However, as only the central device can perform channel classification, it can increase the chance of packet collisions and degrade throughput.

Bluetooth 5.3 allows the peripheral device to perform channel classification, allowing both devices to determine suitable channels to use. This results in lower packet collisions, boosted throughput and better reliability of connection.

Bluetooth devices often transmit multiple packets of the same data to increase the likelihood that it is received successfully. This improves the reliability of connectivity, but can result in unnecessary power consumption as the peripheral device has to process data it has already received.

Periodic advertising enhancement introduces an improved technique where the peripheral device can identify if a received data packet has already been processed successfully. The device can then discard the data packet rather than unnecessarily processing it again, retaining connection reliability whilst reducing power consumption.

Integrating Bluetooth into your device

Bluetooth is continuing to innovate in the wireless IoT space, improving connectivity, efficiency and performance. As its specifications and capabilities continue to evolve, integrating Bluetooth into your IoT device has never been more beneficial.

Antenova offers a wide range of Bluetooth antennas that include SMD, FPC and PCB models. We have an in-depth integration hub to help you find the right Bluetooth antenna that fits the application, design and specifications of your device.

Browse our full range of Bluetooth antennas today to find the right Bluetooth solution for your device. 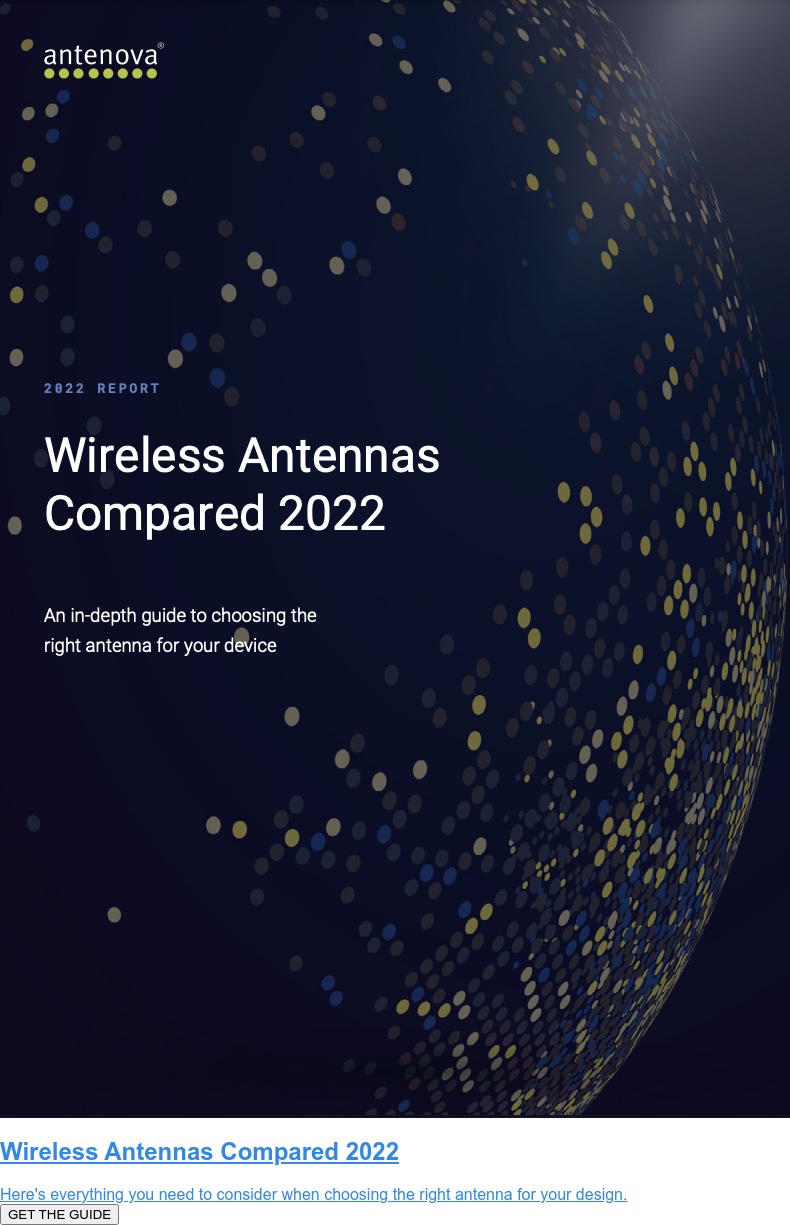 Designing and integrating antennas for Ultra-wideband